It’s been an interesting week Down Under. A brief glance at the news would lead you to the idea that going underground into an unstable, potentially explosive environment is safe, but eating a sausage and onions in the wrong order is dangerous. Make sense? No? 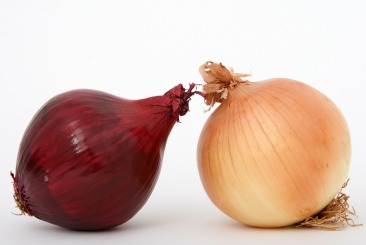 The first part of this puzzle started with a news report that Bunnings (an Australian-based hardware store) had provided advice on the safe use of cooked onions on sausages. For those of you unfamiliar with Australia or New Zealand, various stores here have facilities outside the front door for a ‘sausage sizzle’. This is a free space to allow charities to cook and sell sausages in bread as a fundraiser – for gourmet reasons complete with onions, ketchup and mustard. Bunnings stated that onions should go onto the bread before the sausage to reduce the potential for spilling onions on the floor and creating a slip hazard. This was accompanied by the usual and tiresome, “Safety is our highest priority” statement.

Predictably, this led to massive outcry and news stories of the ‘health and safety gone mad’ variety. I’m not going to repeat those here. In (some) fairness to Bunnings, this appears to have been guidance, rather than a safety rule. It turns out that it arose following an incident where someone did, indeed, slip on onions leading to a cash settlement. As is noted in many examples in the UKHSE’s mythbusting panel here http://www.hse.gov.uk/myth/myth-busting/index.htm insurance or litigation is often the real reason for restrictions, with health and safety simply a convenient, more responsible sounding, justification.

I want to explore the broader point that, often, we implement a control after an event just to show we have done something. Very rarely, if ever, will we see an incident response that says, “No action required.” But if we consider the broader operational context, this is often a sensible conclusion. In the Bunnings example, the overall context of the situation includes storing and selling equipment and materials that are flammable, volatile, corrosive, poisonous, sharp or heavy, any of which could fall, smash, spill or land on and be generally nasty to customers and staff. Not to mention sending members of the general public home with lawnmowers, grinders, nail guns and other assorted injury opportunities. In this context, are onions something to worry about? Surely not. Surely the correct answer in these situations is to say, “Yes, an event happened. Yes, it was unfortunate. But in our broader context the risks from a repeated event are trivial, so we are going to close the case and move on to spend our time in more fruitful risk management.” This is not an abrogation of duty – it is sensible prioritisation of effort for better overall risk management.

In addition, what precedent or benchmark is set by the automatic decision to implement a control (especially not a very good one)? Does this mean that the same level of risk reduction should be achieved for all those other hazards? Is this even possible?

Australia and New Zealand both have Robens-style, risk-based legislation. The broad requirement is to reduce risks so far as is reasonably practicable. In theory, there is no lower end to this scale so, no matter how low the risk, if a control is reasonably practicable it should be implemented. In practice, though, the regulator has better things to do than chase businesses for a lack of control of cooked vegetables. Low risks such as these fall into the area defined in ALARP parlance as ‘broadly acceptable’ and do not require any special attention for management. This degree of regulatory pragmatism is also part of the broader context for risk consideration – and we should generally take advantage of pragmatic law-making wherever we can find it as it tends to be rare.

The second item of interest in the last week is the announcement in New Zealand of a re-entry into the Pike River Mine, scene of the explosion that killed 29 men in 2010 (eight years to the day, as I write this). The intent is to recover any remains, if possible, and to look for forensic evidence that may point towards the cause of the blast. Previous advice had suggested it was too risky to re-enter due to the potential for another explosion, but the new government made it an election promise, established an agency to manage the process and have declared it will happen. The re-entry only includes the ‘drift’ (entrance tunnel), not the main body of the mine which is behind a rockfall.

The cost of the operation has been estimated at $36m (NZ dollars).

The response in this case has been somewhat more balanced, with some people praising the decision and others bemoaning the cost that could be better spent saving lives elsewhere. Some of the victims’ families have been fighting for this for eight years and are understandably pleased, while others have called it sacrilegious and simply want to move on and leave their loved ones in peace. Nevertheless, the majority (at least from my reading of the commentary) seem to fall in the negative camp, some decrying it as political point scoring, not helped by the subsequent call by the Minister for an apology by the previous government.

This is a tragic situation for which there is no obvious right or wrong way forward, but, again, the context becomes intriguing. There is no doubt that the risks inherent in the re-entry are major. The project will begin by purging the entire drift of methane by replacing it with nitrogen – not without significant hazards of its own – followed by fresh air. The interesting point arises when those risks are considered in the legal context of reduction so far as is reasonably practicable. There is an obvious way to remove those risks that is not only reasonably practicable, but free, to implement – don’t go in. For most organisations the ‘just don’t do it’ option fails when it runs up against the brick wall of business viability. There are risks involved with every venture that we could eliminate by avoiding that venture, but the ‘reasonable’ part requires consideration of, and balance against, the benefits brought with the activity.

In the case of Pike River, there is no viability brick wall giving the not going option some validity. There is, however, a group of families searching for closure and for justice but there are also others in the same position with the opposite view. I cannot possibly understand the depth of feeling on either side, but where the benefits are equivocal it is difficult to see how acceptance of the risks, no matter how carefully managed, can be seen as reasonable under the law (especially with a $36m public cost), even if that is the conclusion from a moral perspective. Also looming large is the spectre of many a confined space disaster where the rescuers followed the same fatal path as those they tried to help.

Complex questions like this need careful consideration of that contextual position to make a choice that, while never definitively right, is as good as we can hope for. The example of the onions (and other similar ones) does not give great hope that the safety profession is routinely capable of making those choices well.

Both cases have resulted in significant public input, albeit for very different reasons and at opposite ends of the spectrum. In the Tolerability of Risk from Nuclear Power Stations1 (still one of the best introductions to risk and a baseline as to how we monitor risk across many industries and jurisdictions), tolerable levels of risk are defined by reference to what society deems as acceptable, taking into account the nature of the risk and the benefit. It is generally recognised in risk management circles that the general public has a number of risk blind spots, but when one of these stories is deemed to be over the top response to a trivial risk and the other an unnecessary exposure to risk of death, perhaps when aggregated at the extremes they actually have a good feel for what is okay. At least as good as they can be when we send messages about safety as mixed as these.

In any event, when society screams out that those tolerability levels are not correct, we should listen. In the case of Pike River, solving that is difficult, but, surely, in the case of onions it is not.

Listen to the discussion about Challenging the Safety Quo with Todd Conklin on the pre-accident podcast
http://preaccidentpodcast.podbean.com/?s=marriott